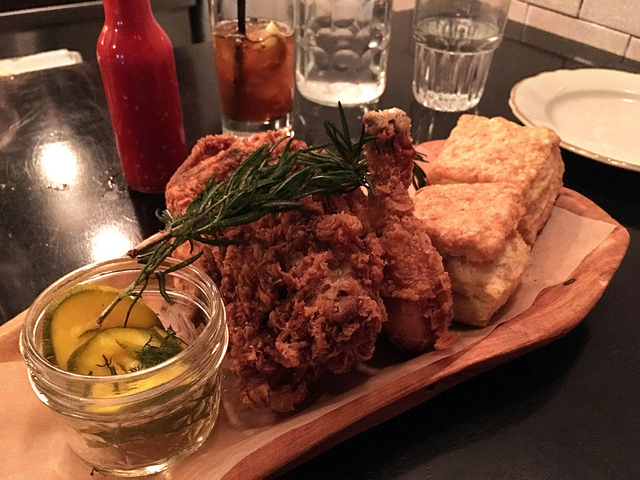 As an adult, you’ve probably realized that brussels sprouts really don’t deserve the bad rap they’ve received. At The Hideaway just outside of Baltimore, the brussels sprouts are actually one of the most buzzed-about dishes, and they’re only a side! Seared and served with bacon, goat cheese, and candied pecans, the brussels sprouts offer the perfect balance of sweet and salty.

Pair yours with a main dish like the signature smoked fried chicken. The chef rubs the chicken with a house-made blend of spices, then smokes it slowly over smoldering pecan wood for three hours. After the meat soaks up the smoky-sweet flavors, the chef plunges it into the deep fryer to add a crispy outer layer, but the bird remains perfectly moist on the inside. It’s obvious why the fried chicken is such a hit among customers. So are the wings, which are crafted similarly, and the Ultimate pulled pork sandwich with cole slaw.